You know when you say something and immediately think to yourself ‘oh God what did I just say’ and you want to take it back but you can’t because you’ve already blurted it out.

Well I thought that as I typed the title and yes although I can take it back with you never knowing it was ever there it amused me in a very British ‘Carry On movie sort of way’. So the title remains.

Anyhow, someone had blogged about a singer and they commented that following this they had an increased amount of traffic visiting their post. I commented on having a post called ‘a cheeky bum flash’, its not what some might think and the title was just a bit unfortunate. I also blogged about ‘an adult weekend’. Again, not what some might expect, it was about a butlins music weekend that they put on out of season. What can I say that I haven’t already said; I blame it on our British humour and being brought up with the carry on films.

I typed adult toys before I really thought about a title because I was going to post about abandoned toys used by adult photographers. (Does any descriptive word following ‘adult’ just sound a tad iffy & innuendo-ish or is it me?).

I’ve photographed some lost toys that I have found; This one on flickr is from Berlin.

This one was shot on a recent trip to the Isle of White: 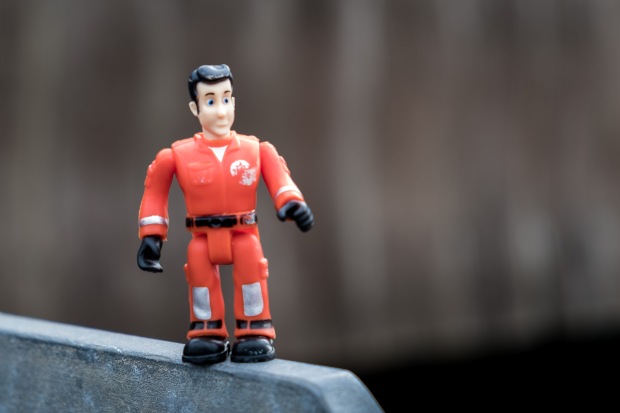 Its not a brilliant photo so I wasn’t going to post it anywhere. Here come the excuses: It was really cold, it was windy, it was balanced on a thin fence at the pier so I was half watching the toy and as such only half concentrating on taking the photograph.

Anyway the reason I am posting about toys is because some people use them as props. ‘Adult props’ wouldn’t be any better as a title?!

Anyway, photography….. Some photographers use tilt-shift to create a image of real life that looks like a toy scene (Like this)  while others use toys in real life settings to create their scenes. I stumbled across a blog that has a number of these and, well actually I’m not a re-blogger but I guess this is just a bit of an long winded way of re-blogging some images that made me smile…. This is the blog I’m talking about. Clever idea and good photos.

Thats it for now…