I’m starting to get reasonably comfortable with my camera. I’m at a stage where if something doesn’t work I can make little adjustments without a huge amount of thought….Don’t get me wrong, I still have to think about it but it does not take so long.

I’m happy taking portraits in natural light, comfortable with the little knowledge I have with regards to flash and lighting modifiers. Night photography, candid street photography………you get the idea… I’m getting comfortable and have some confidence in what I’m doing.

However, on Sunday I think I took some of my worst images ever! ‘London Parks’ is one of my City & Guilds homework projects but the wind was such that I was never going to get any outstanding landscapes; the good news was that The Pukes (A ukulele punk band) were filming a music video for their new single.

It was cold but they looked like they were having lots of fun. I thought it’d be a good opportunity to get some nice candid shots of the band and my day wouldn’t be wasted.

Never have I been so wrong.

The sky was very bright but dull and boring; the band were under a band stand and in shade which added together made exposure a bit more difficult.

The videographer chap was sound and happy for me to shoot but obviously I had to be mindful of what he was filming and keep out of the way.

Some of the filming was some distance away and I could have done with a decent zoom or fixed 200 / 300 mm lens.

On top of all of this, I could not use any flash or light mods as this would interfere with the filming.

The band were closely packed so I was not in a position to isolate any of the band members and thus many of the shots either have people with their faces half hidden or instruments cutting across them.

It was a new challenge that I’ve not come across. Actually looking at it I would have thought it would be easy but it was a pain in the backside and for some reason much more difficult than I have found other areas of photography.

Obviously if I was directing the shoot or not having to worry about the filming I could have got very much closer and had some cleaner shots. I probably should have asked some of the band members if I could have taken portraits after the filming but they were genuinely starting to look a bit cold and tired. That is not going to come over in the video because they were extremely professional while the camera was rolling.

Here are some of the shots taken during the filming: 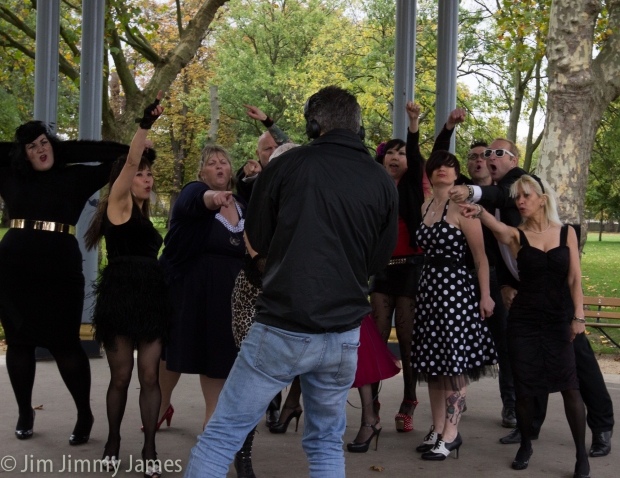 Stuart Sterling filming in amongst The Pukes 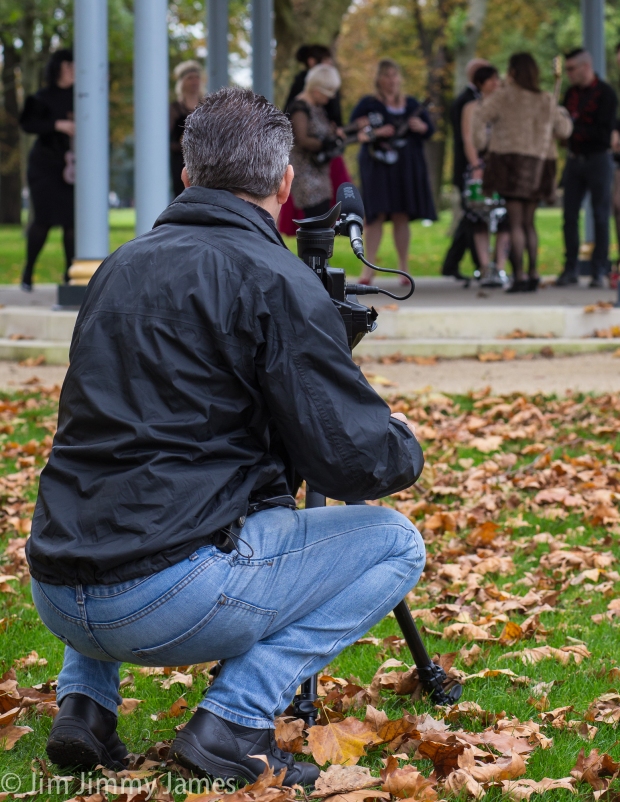 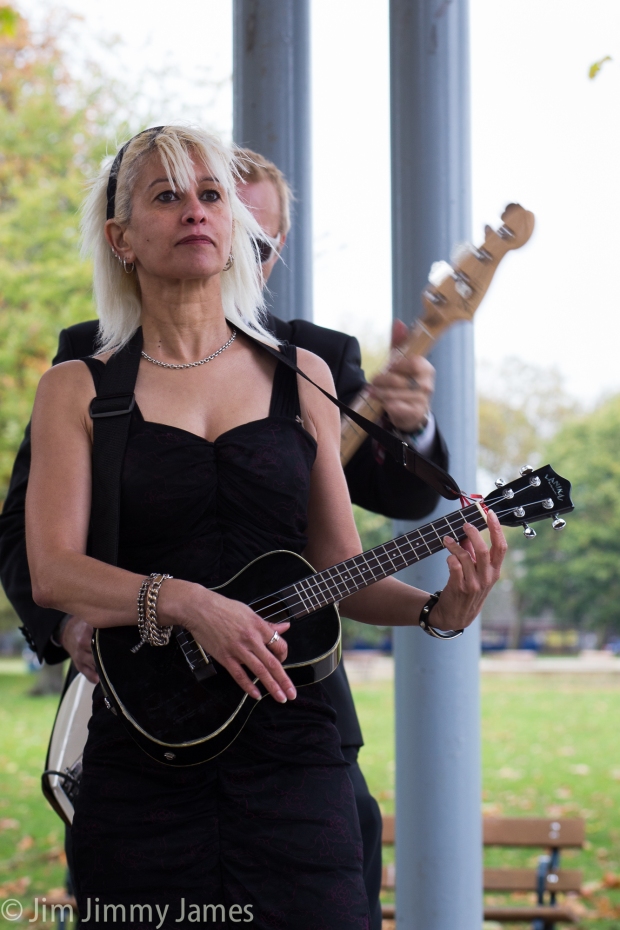 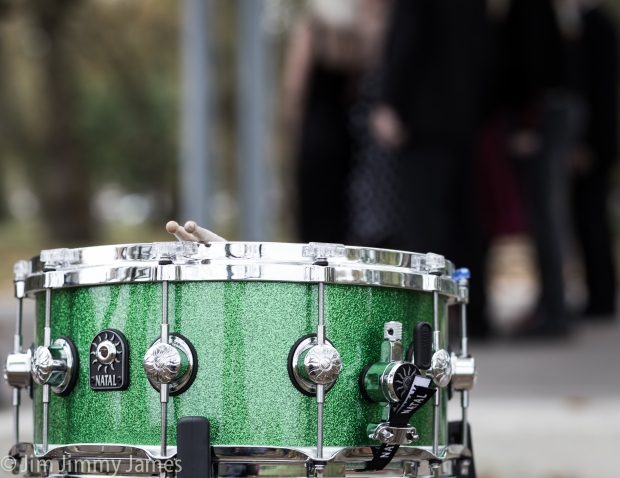 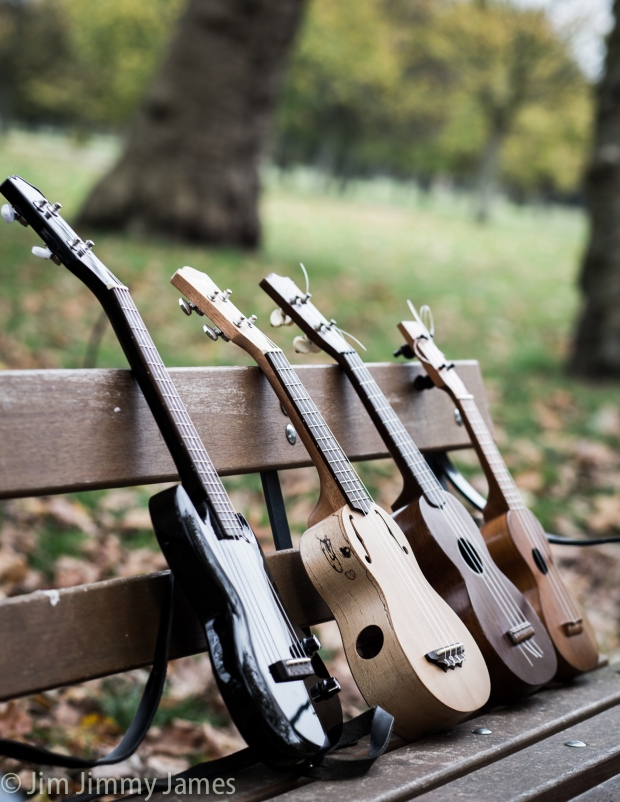 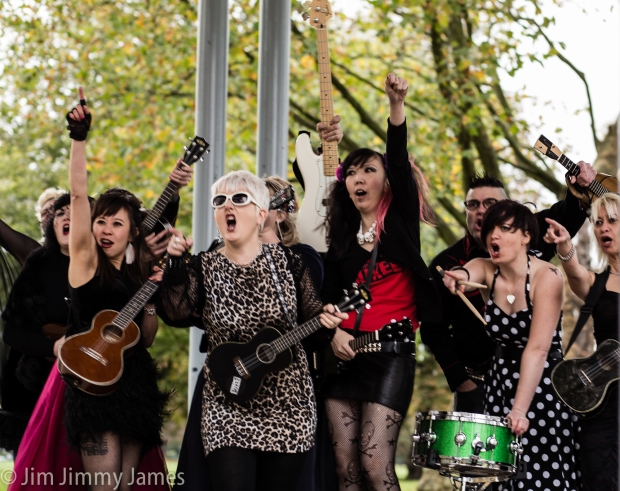 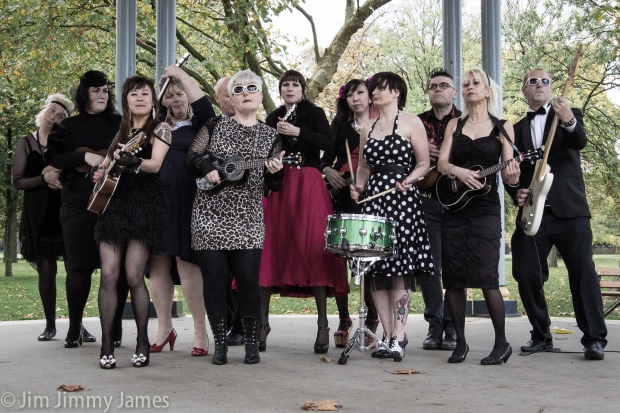 Many thanks to the members of The Pukes and film maker Stuart Sterling for not telling me to bog off!

Thanks you for visiting my page.