Camden is one of those places that at weekends if you were blind folded, given a stone and asked to throw it in some random direction you’d normally have a 50/50 chance of it hitting someone that looks interesting; be that their face, make up, hair or dress sense. Two weekends and a few hours on week day afternoons I spent there and all the goths, skins, mods, punks……….. where the hell was everyone? I had even gone to a few gig venues but only found people dressing with a kind of hybrid on the old youth cultures I grew up with. So I’m in Camden, it was cold and starting to get late so I decided it was time to head off (via a pub for a swift half and some food). Suddenly I heard the distinctive sound of a Vespa or Lambretta. I was certain it would be one of these hybrid-trendies. The scooter came around the corner and the rider was wearing a parker, looks promising I think to myself. As he passes I clock that he is wearing a crash helmet with the Trojan logo and a pair of DMs. The road goes to a super market, a petrol station or is a good point to turn around if you’d missed a turning. I waited to see where he was going and he headed into the petrol station to put air in his tyres. As I approached him I thought he’d be a great subject for a portrait. Hello mate I’m Jim, offered my hand and he introduced himself as Eddie as he shock my hand. I told him that I was learning photography and about a couple of projects I am doing. Fortunately Eddie was already aware of Flickr and his son in law is a photography assistant. I took a few shots of Eddie, close crop, half length and some with the scooter full in the frame. Whats new for me, learning about off camera flash. My first shot was over exposed and then the next was under exposed. Third shot onwards were all good. Also there is a little photoshopping but I hope it has enhanced the image. I usually use Lightroom to carry out adjustments but it just wasn’t doing the job. I knew photoshop would be a tool I would end up needing to use so I subscribed to Adobe Creative Cloud. Again, photoshop is new to me so I will learn how to get the most out of it with a little practice. In image one I didn’t like the flash on the black drainpipe, I felt that the label of the rodent trap was a little distracting and I really wasn’t keen on the air pump being in the shot. 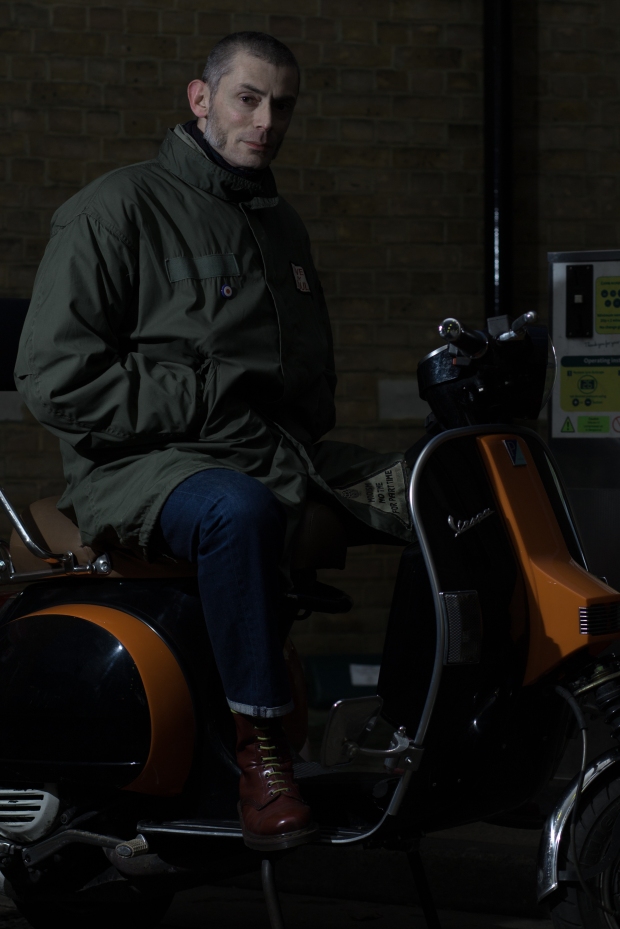 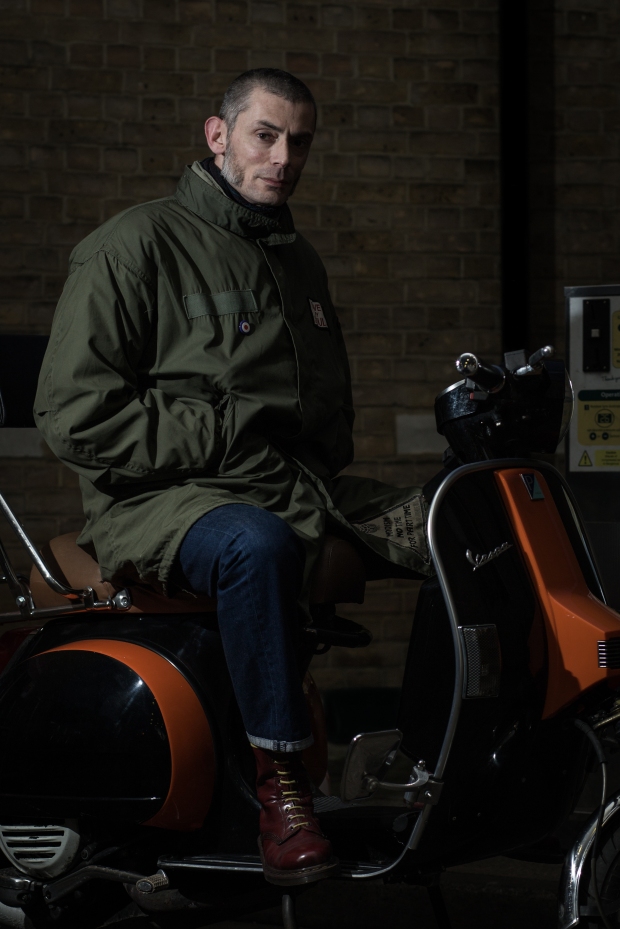 Edit-1 with distractions removed from drainpipe and rat trap.

I am reasonably happy with the work I have done but will only really know how well it worked once I print the image. I emailed Eddie some jpegs and he very kindly offered me the opportunity to do some more photo sessions with him in the future. Thank you Eddie for your time and generous offer. As always, constructive comments are always welcome & thank you for visiting my blog. Kind regards, Jim Jimmy James