This is a further blog about testing the Canon Powershot G5X. Some of you may be getting a little fed up with reading G5X as that is all I seem to have blogged about.

I’m trying to get used to my new camera, there are things I like and things I don’t like.

One of the things I like the idea of but in practice has been a bit annoying is the touch screen. I like to use the view finder rather than the live view LCD screen unless I physically can not take the shot using the review finder; here the articulating screen is great and really does come into its own. However, if you do not turn the screen around so the LCD is inward facing there is a chance of changing your camera settings.

It was a rare occurrence but frustratingly it happened. Its also a shame that the manual focus is on the LCD screen and not on the front lens ring.

With the exception of a fe focusing issues I have been relatively happy with this camera and the more I use it, the more I like it.

Used wide angle there is some obvious softness around the edges. This is particularly noticeable when used in the macro setting. However, throughout other focal lengths the lens is relatively sharp, in combination with the sensor some nice images can be produced.

One thing that I like about just carrying one lens is convenience of not being bogged down with bags and kit. It offers some freedom in composition.

I took the following image while walking along the river spree in Berlin. 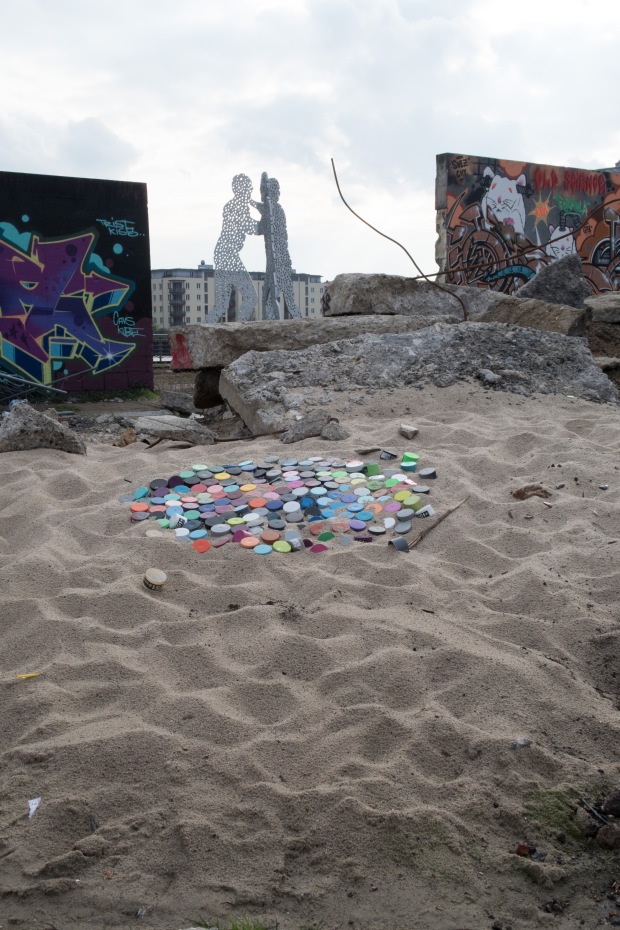 I like that someone decided they would do something artistic with spray can lids and went around to gather them up to make their own bit of art.

I zoomed to a longer focal length to pull the molecule men and lids closer together. While the focusing could be a bit better (user not camera) I think it is an okay example of how compression can change composition and an example of how the Canon G5X fixed zoom lens makes the camera convenient to carry around. 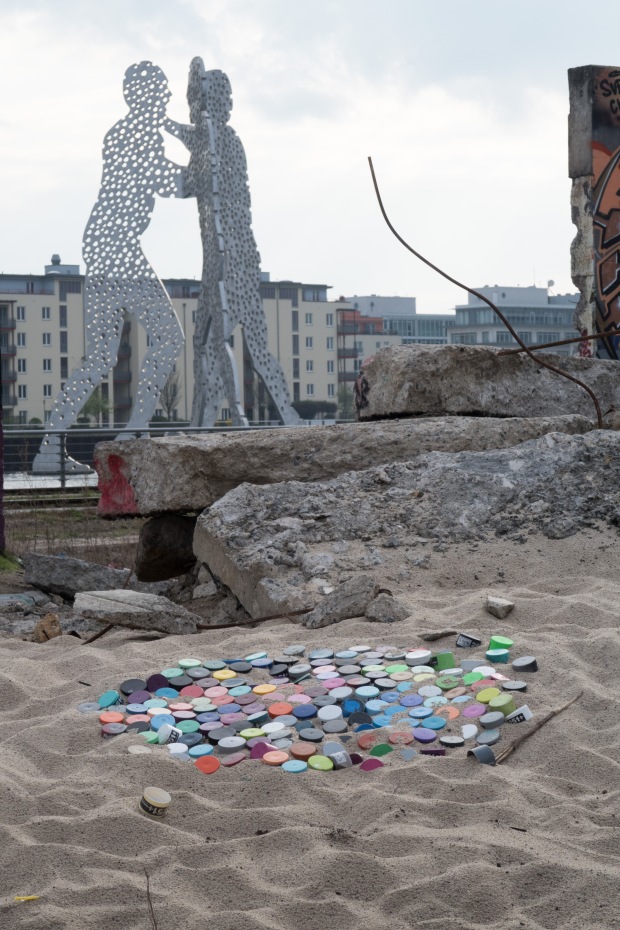 The Molecule Men can be found on The Spree River close to the Oberbaum Bridge. They are thirty meters high and the sculpture are by American sculptor Jonathan Borofsky, They sculptures also found in other cities are filled with holes that represent the molecules that are bound together to create our existence.

In Berlin they also symbolically represent the intersection of the then three districts of Treptow, Kreuzberg and Friedrichshain.