Not the song but the thing up in the sky that is responsible for tides and stuff like that. The big thing in the sky that mankind has supposedly flown to and had a little stroll on.

I’m not into astrology but I’m told tonights moon is special and is known as a blue moon.

You might have heard of the saying “once in a blue moon” and like me not actually realised that we do have a blue moon!

I’m told it is when we have a full moon twice in one month; very rare!

Those that deal with the public on night shift, nurses, paramedics, police and so on will have had a very special two nights as the full moon reportedly affects peoples behaviour.

I didn’t do too well. Partly because I only have a 200mm lens so the moon looks tiny.

It was however a good opportunity to try something new. What did surprise me was that the better photos were taken on faster shutter speeds. That was not what I expected. Neither did I expect a smaller aperture to make a big difference.

There is a very obvious lack of detail in this moon although I still like it. Other images were blown out even more and lacking any sharpness. The second image taken with a narrower aperture has slightly more detail 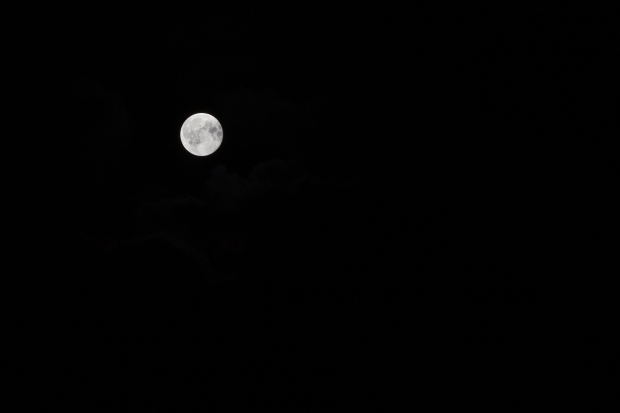 Now onto the other things in the sky……… As a kid in primary school I would sit for ages looking at the clouds, seeing faces, horses, all sorts of things. My mates and I had good imaginations. This is something I suspect and hope most of us have done at some stage of our life.

When I uploaded my blue moon photos onto my lap top I immediately spotted this head silhouette. Made me smile & reminded me of happy carefree days. 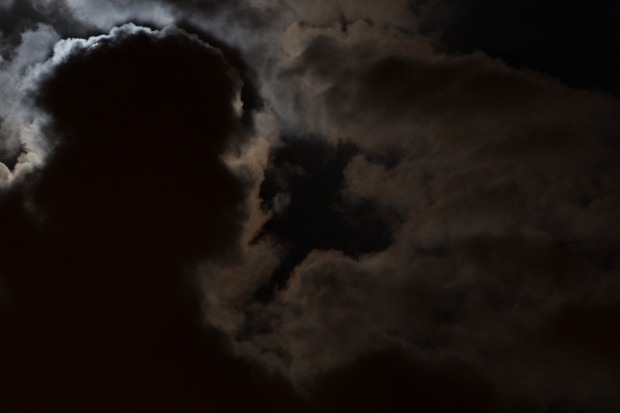 Thanks for stopping and looking at my photos. Now pop out and look upwards at The Blue moon & other things in the sky.