London’s Soho has been many things. If we want to go way way way back soho was once a land where woolly mammoths roamed or may have roamed. I’m not a historian and I’m not about to give a long spiel about this small part of London.
What I will tell you is that soho has seen a time when it was considered glamourous with a handful sophisticated clubs. Its been run down with very little investment, its an area that has been associated with criminal activity from the petty criminals to larger organised gangland bosses of London.
There is so much that Soho is famous for, the sex trade, private members clubs, music venues, theaters, famous residents.
Soho still has a bohemian element (but you need to look a bit harder than you used to). It is a kaleidoscope of Londoners; homeless to the wealthy, poorly educated to the privately tutored, street cleaners to aristocracy.
It is a little island in London’s west-end with its boundaries marked out by Regents Street, Oxford Street, Charring Cross Road and Shaftesbury Avenue.

I was first introduced to Soho when I was about fourteen years old. I was brought up in Hackney but my mates and I would always wonder off to explore our city. Hackney was far too small. Besides that, we were a bit boisterous and we had the benefit of cheap travel thanks too ‘The red bus rover’. This was a really cheap bus ticket that allowed us to hop on and off any bus we wanted. Fantastic!!!
So we used to come up to town from the east-end and explore. A couple of years later we’d head into the area for Carnaby Street. Once very trendy and fashionable with many independent shops. Sadly its changed and is now very much like any other high street.
I’m glad to say that a cafe I used to eat at when I was sixteen has only just changed hands and two of the staff have been kept on. I’m also pleased that one of the clothing shops I have used since I was a teenager (That was a long time ago) is still situated just off Carnaby Street.

Of course one of the things Soho was well known for was the fabric shops and tailors. I have to say to anyone reading this, use tailors. Honestly, if you are not the same shape as a typical fashion model, use a tailor.

Buy your stuff off the peg and get a good tailor to make alterations.

It usually doesn’t cost that much and your clothes will fit better, you’ll feel better and you’ll look better.

You will not be the bloke that goes to the gym, has the big neck and shoulders but really baggy shirt or the tall skinny chap who has no shape to their trousers…. Get your stuff tailored and you’ll be known by friends and colleagues as someone well groomed. Smart & Sharply dressed.

Soho’s tailors range from the small workshops to the very smart and plush shops. Mark Powell has been in the Soho area for about thirty five years. Beautifully made suits and I have to say that I once read somewhere that “we should all dress for the job we want and not the job we have”. If I were required to wear suits at work I’d invest in a bespoke suit from Mr. Powell.. 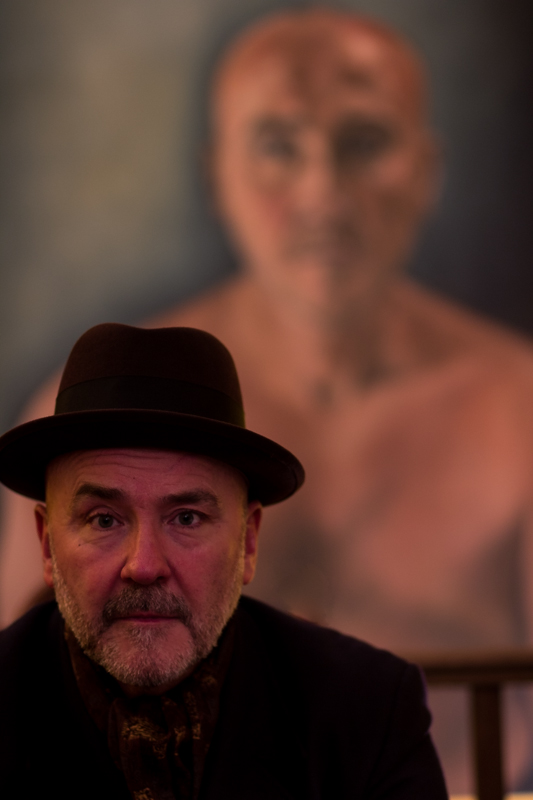 Its nice to see some familiar faces are still around.

I actually set off to Soho with my camera because I was working on a project and wanted to show the seedy grubby side of the area, the sex shops, drugs, drunks and transient population out for a night of titillation.

What I actually found was something very different. I think because I have always known the area and still work in and around Soho I didn’t see what was obvious until I went looking.

The residence and bushiness’ of Soho working in conjunction with the police have cleaned the area up massively. So much so that I was actually very surprised. I think I’m reasonably observant and could not believe my eyes as I walked about. I guess its like seeing someone everyday, you don’t notice the subtle changes but then if you see that same person a few years later you notice all of those small changes.

Funny now but not at the time. “Mate Mate, wanna make a movie?” “ Fella ain’t shown up and we’ve got some nice byrds waiting”.

I had it away on my toes, dropped of the parcels at the post office and then hid for a while in a wholesale shop called badge sales. Thankfully I knew two older girls from my social circle that worked there.

Some of the old Soho sex trade still exists but many of the sex shops have closed.

This sign on someones door is a reminder that Soho is a residential area as well as a playground. I can’t imagine what it must have been like having people banging on your door late at night looking for a knocking shop.

Funny what was once considered seedy now has an air of respectability about it. Respectability?! I’m not sure thats the word I want.
Maybe acceptance would be a better choice?

Anyway its not my place to judge the girls or men found in these clubs. I’m a photographer and therefore just and observer documenting what I see.

Despite many music venues closing down it is reassuring to see venues like Ronnie Scotts are still going strong.

Bar Italia is still a 24-hour refuge for those wanting a bite to eat and a damn good coffee before trying to figure out where to get the night bus home.

The clubs and bars are busy, its a seven day week and a twenty four hour day in Soho. 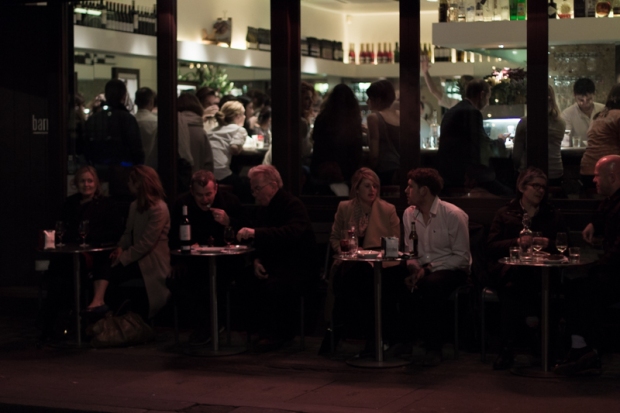 I love London and I love the sanitised Soho as much as I loved the Soho of my youth.
It still has some interesting characters, it still has a transient population but still has its community. It feels safe, buzzes with an enthusiasm for life and welcomes everyone.

A huge thank you to Mark Powell, Staff at Bar Italia and Peter from The Face for allowing me to take their portraits.

As ever, thank you for viewing my blog.