I’m not much of a travelling person. I like what is familiar and its familiar because for the most part I like routine.

So when the time comes to hop over to Europe, I say that like I’m not European; truth be told I’m British and everyone speaks English. Even The Americans; sort of! (Yes I know its not Europe its a tongue in cheek, light hearted pop at my American cousins).

Where was I? Yes Europe! I do try to speak a little bit of the local lingo and actually this trip has been the first time where people have been patient enough to let me try; really try. The Spanish and The Germans have been awesome. However that is not what I am blogging about; its what kit to pack as a photographer.

So my last visit to Germany seen me packing two cameras and a few lenses.

My start up camera is a canon rebel T3i / 600d. Fab little camera but I felt it wasn’t meeting my needs as I have developed. On advice I purchased a Canon 6d and have been slowly upgrading my lenses.

So the 600d and the 6d. Cheap-ish zoom up to 200mm EFS lens and a EF 50 along with an EF 85. It seemed a good combination but it was to bulky and cumbersome to carry everything around.

It hasn’t worked very well and I’ve not taken many photos. Though I shouldn’t let my kit stop me. Other photographers would get a great deal of use out of the equipment I have with me. I can but just felt a little uninspired. Hey, it happens.

A few times I could have done with some fill flash…. 6d has no on camera flash and off camera kit just adds to luggage weight and stuff to carry around all day. The T3i has the flash but even with the fast lenses it will not cope with the low light stuff I want to shoot later in this trip.

I don’t want to carry to much because apart from it being a pain in the arse, my wife and I like to wonder around cities and end up wherever we end up. I feel its the way to get a real feel for a city.

This sometimes lands us in neighbourhoods that are not necessarily the safest to advertise that I am a tourist with lots of camera gear. So this time I trying one camera one lens….I have some good kit but none the less one camera one lens has left me a bit limited. I can live with this, its not the end of the world and its a holiday, not a paid assignment!

However as an example:

I am currently in Frankfurt and wanted to take a picture of this Euro symbol in the financial zone with the office buildings towering over it. Nope! That does not work with a prime 85mm lens. Not the way I visualised it anyway. 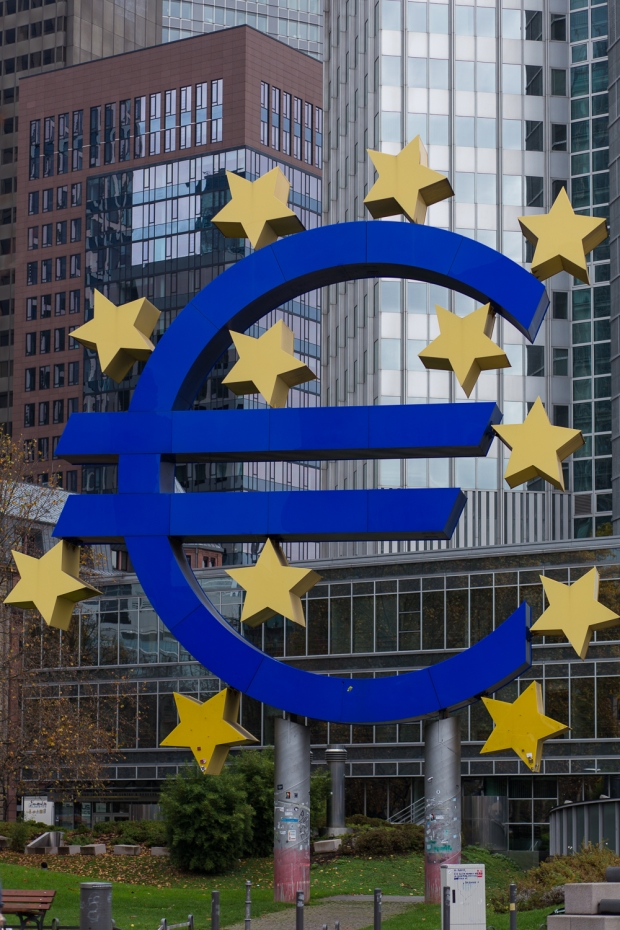 The composition is not what I wanted to achieve and could have been executed much much better with a different lens.

It was only as I was walking away I really started thinking about this and how as photographers we either do not get the shot we want or go back another day…… That or carry a number of different lenses but what is the optimum lens for being out and about for a day and only wanting to carry one lens?

The next two shots show how different images can be while standing in the same spot. 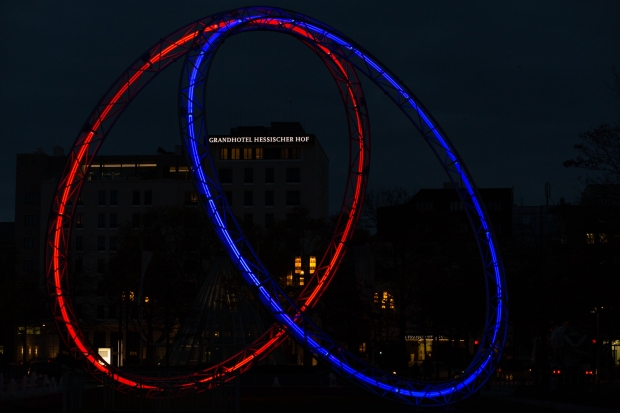 This image was taken on a Canon 6d with a Canon 85mm lens. Its not a great image, its not very technical and it is hand held when ideally it should have been taken while on a tripod.

It is really very unremarkable and is only being used for illustrative purposes. I had to stand some distance from this art piece to fit it in with the camera and lens I was carrying. In contrast I could have taken the same image much nearer to the object if I had a wider angle lens.

Stood at the same place, the next image was taken on an iPhone: 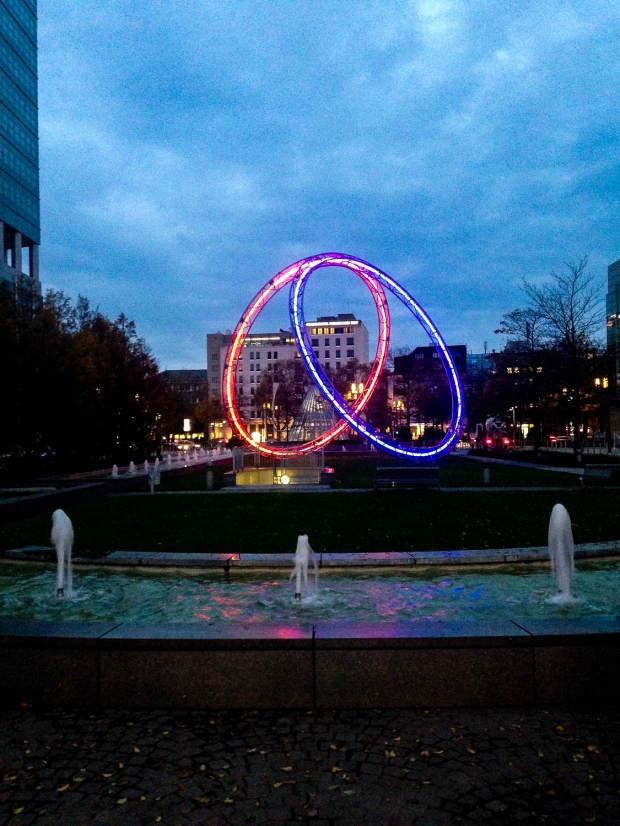 Ignore the quality and don’t consider shutter speed, ISO and so on; that is not for discussion here. Its the composition. Same shot, different lens size.

On days when I had a wide angle, I wanted something with a longer focal distance and always seemed to be carry the lens I didn’t want or need for the shot I could see in my head…. My ‘photographers eye’. My own “artistic vision”!

You know the most practical lenses I had were the two I got with the T3i but why can’t I get those two lenses at the same size but with the better quality glass. Maybe I can?! Maybe its just a matter of cost?

Maybe I’ll find out what to do sometime? Hopefully sooner than later or I’ll discover that one lens to get me almost anything I want in one day…..

What do you do when you need or want to travel light?

Ps. Canon and Tamron  have not sponsored this post but if their reps want to contact me and give me some kit to review, contact me and I will consider your offer.

That goes for Phase One too. 😉

s and this was the best shot I could get. Therabout it but it highlights that my composition options were limited.