Before you read any further, this is not about an “Adult weekend” its about an over 18s music weekend and my photography. There is no ‘adult content’ in this post.

I’m not a music journalist and I’m not about to pretend to be, or write a review in the style of one.

I have always thoroughly enjoyed live music but for some reason I can’t remember most of the bands I’ve seen. Probably the consumption of copious amounts of alcohol during and after the gigs has something to do with that.

Hmm, maybe my current age plays a part in that too.

Last weekend I went to an ‘alternative music weekend’ at Butlins. Yes Butlins!!

I’ve never been to a Butlins holiday camp/complex because its not the sort of holiday that has ever appealed to me in my adult years and we didn’t really have that many family holidays when I was a sprog.

Butlins have put on music events for a number of years and these have been popular with friends so it was time to bite the bullet and give a Butlins music weekend a go. Why not?! After all it was my birthday.

The accommodation was pretty basic and the food was not really remarkable; just the fairly average hot plate grub you’d find in a canteen or self service hotel.

I could be wrong but these weekends all seem to be out of the normal holiday season which suits me as I assume it keeps the cost down. I was a tad disappointed that the climbing wall was closed, as were most of the other outdoor activities, including Crazy Golf. I love Crazy Golf! Especially if there is a nominal 20 pence wager with friends or betting on who pays for the full English breakfast.

Despite the closed attractions and fairground I have to say that with the exception of a few noisy hen, stag parties and bloody seagulls, I thoroughly enjoyed the weekend and will definitely be keeping an eye on upcoming events.

I’m not a big fan of multi stage events, in this case there were just two stages. While there was some conflict between which bands to see (Both playing at the same time) I also found it a great opportunity to see bands I have not seen, don’t recall seeing and would not necessarily have gone out of my way to see.

I tried to get a photography pass for the weekend but had no joy. Booooo!! Apparently Butlins do not issue them and you have to get a pass from the particular bands or individuals you want to shoot. I’m learning and trying to build a bit of a portfolio so if anyone knows if that is the norm please let me know.

None the less I managed to get some reasonable shots of some of the bands and all without using a flash!

The Ramonas All girl tribute band to The Ramones. I like the Ramones and had never seen them. So I wanted to see how this band of women performed. I was not disappointed; hot rock chicks that not only look good, they sound good and put on a great performance, using up most of the large stage and interacting with the audience. They, The Ramonas, go on my list of bands to see again. 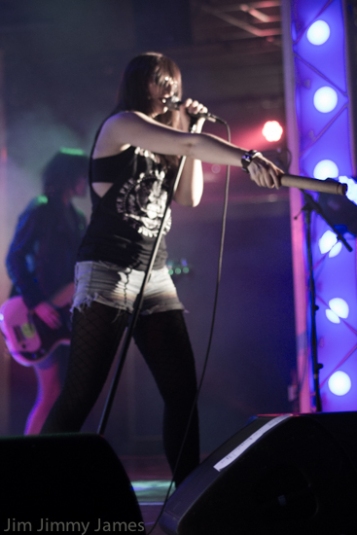 Toyah… Actress and Singer. If in the unlikely event you do not know Toyah you can go back, click on her name and read about her. One of those performers that has been around for an age; that I have been aware of since my childhood but never really had any burning desire to see performing live. Thats not to say that I don’t like what she has done, just other gigs and things were on my priority list.

I have to say that I am very glad I made the effort to get along to the stage where she was performing. Her years of experience shone through, relaxed, she owned the stage, got involved with the audience… actually she owned the venue and there were a lot of people there to see her. A top class performer who clearly enjoys and is very good at what she does.

If like me you’ve had other priorities, if you do get the chance to see her, do. 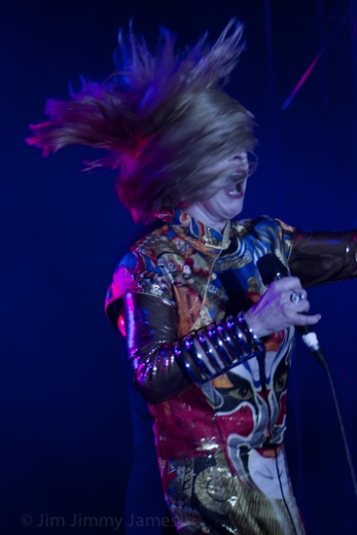 The Damned were, as expected, very good. Not much chance of getting near enough to get decent images of the entire band, so its just a snap of The Sensible Captain.

To be fair that was the case for most of the bands. It was a good line up. Another band I know I’ve seen but could not remember was Chelsea who gave us another great performance.

Too many bands to review but Eddie and the Hot rods are another one of those bands I’ve heard and read about but never seen performing live. My loss! They also go on my list of bands I will be seeing again if they play near me. 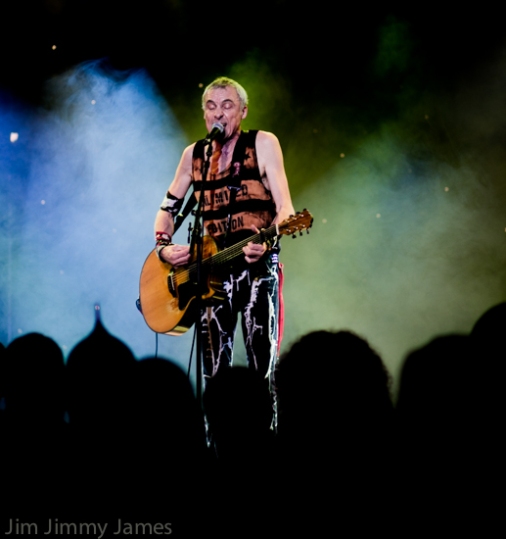 From The Adverts to protest-acoustic-folk-punk. Its all good stuff. Thats all.

All in all a great weekend of live music. Punks not dead folks, its just getting ready to retire to Butlins. I’m just kidding……

Its not just punk and alternative music weekends that butlins put on; they do Mowtown, Ska, back to the 80s and much more….. I’d give it another go and I would suggest that if you have a long weekend off and no plans, have a look at the Butlins music weekends website.

So a quick review of my images… I think they are better than previous gig photos that I have taken. This might be because of better stage lighting, a slight upgrade in lenses, luck or perhaps I’ve improved a little. Maybe all four?

Anyway, its not only what I think; what do you think?

Ps. My apologies to anyone that found this blog/diary due to the title.